A year after the Housing Law was amended; allowing foreigners to buy houses and apartments in Vietnam, the segment specifically catering to this new group of customers in Ho Chi Minh City has seen major changes.

Surveys showed that foreign buyers mainly favor projects that come with infrastructure advantages and available services, like those developed by Phu My Hung. Statistics showed a steady increase in the company’s sales since the beginning of the year.

Le Jardin is among a few projects with outstanding performance as its ratio of foreign customers, after just one period of sale, has almost reached 30 percent, which is the limit set by the new housing law. Many foreigners have chosen the project to be near a green park of nearly five hectares. Beautiful nature adds extra value and the project is only several hundred meters from Canadian, Japanese, Korean and Taiwanese schools. It is not far from the Commercial & Financial District if one takes Nguyen Luong Bang Street.

According to Phu My Hung, their new project Riverpark Premier has also received positive responses from foreign customers after it was officially launched last week. 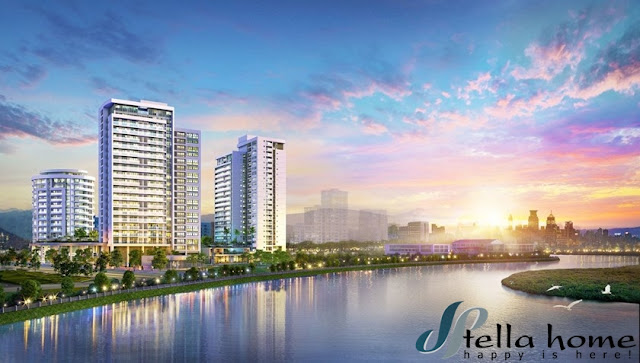 Many foreigners from different countries visited the project on the first day.

Chang Gim Thye from Singapore was every excited as he shared his intention of buying Phu My Hung real estate.

“I’ve been in Vietnam for 10 years and I have already spent six of them in Phu My Hung, which won me over with its environment and scenery. I am really impressed with the design of Riverpark Premier, especially the condos with stunning riverview. Units like these are very rare even in Singapore.”

He said environment is a very important factor. “For a premium condo, we do not want to live in an area that is too noisy or crowded. We prefer a peaceful place that all family members can enjoy. And at a riverside project like this, our family can take a walk together along the river every night.”
Chang said the project’s location is also convenient for all members in his family. His children can go to the nearby Saigon South International School. “This project is a perfect choice for our family, even when compared to those in Singapore.”

The advantage of a project with fewer units

Many foreigners share Chang’s point of view, that a high-end residential project should have a limited number of condos and should be designed in a way that is relaxing to its residents, like a top-notch resort, with a lot of green space and good connection to nearby infrastructure and service facilities. 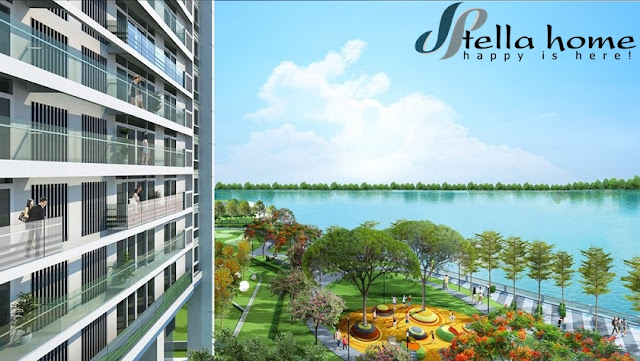 Explaining the huge success of Riverpark Premier, a Phu My Hung representative said it is a new, upgraded edition for the high-end condo model first introduced by the company eight years ago.

The project stands inside the busy Hillview District on Nguyen Duc Canh Street, which is one of the two main routes for commercial activities and services in the neighborhood. Next to it is the Saigon South International School for multinational students. The project is surrounded by large parks and is one a few in Phu My Hung that stands by a river.

According to the representative, the project stands out also because of its low rate of construction, only 48 percent, for 268 condos while the total land area of 14,509 sqm. The rest is given to green space and common services, including an infinity swimming pool of nearly 500 square meters, riverside parks, clubhouse, yoga deck, community room, etc.

The number of amenities and the large greenery area make the project look completely like a luxury resort. It is even better than a resort as it is located within an urban area with fully developed social and technical infrastructure. People living in the project will be able to enjoy high-quality urban services and the safety brought by the around-the-clock security service.

Customers interested in this project will have to send the company a letter of proposal before selecting their condos through a lucky draw. The method gives customers chances to do proper research of the project and have time to full consideration before making decision. It also helps create a community which shares common values and lifestyle. The users themselves will help set the high standards for the project. Initial figures showed a large number of experts and businesspeople among those interested in the project, including many foreigners even living overseas.

According to the investors, many customers also welcome the payment method that allows them to pay in installments until the project is finished in 2018. This policy is particularly favorable for foreign buyers.

Riverpark Premier comprises three blocks of between 13 and 22 floors, with a total of 268 condos of between 112 and 231 square meters, most of which have three bedrooms. There are also 13 stores.
The project is designed by Germany’s Korn Architects, which designed Riverpark Residence and Green Valley. POSCO E&C Vietnam, a leading Korean construction firm, will be the main contractor for the project, which is slated to complete in late April 2018. The project is guaranteed by Vietcombank.